20 August 2021·624 words·3 mins
fedora linux networking systemd systemd-networkd
Sometimes network interface autonegotiation doesn’t work as well as it should. Luckily, you can fix it with systemd-networkd. 🔧

Get a /56 from Spectrum using wide-dhcpv6

19 March 2019·101 words·1 min
linux networking ipv6
After writing my last post on my IPv6 woes with my Pixel 3, some readers asked how I’m handling IPv6 on my router lately.

Allow a port range with firewalld

Ensuring keepalived starts after the network is ready

OpenStack-Ansible networking on CentOS 7 with systemd-networkd

15 January 2017·529 words·3 mins
networking openstack systemd systemd-networkd ubuntu
My OpenStack cloud depends on Ubuntu, and the latest release of OpenStack-Ansible (what I use to deploy OpenStack) requires Ubuntu 16.

31 October 2016·547 words·3 mins
network networking openstack presentation security
Thanks to everyone who attended my talk at the OpenStack Summit in Barcelona!

HTTP/2 for the blog and icanhazip.com

22 July 2016·525 words·3 mins
fedora gnome linux networking openstack
The OpenStack Zuul system has gone through some big changes recently, and one of those changes is around how you monitor a running CI job.

3 May 2016·263 words·2 mins
networking security
Authenticating to a wired or wireless network using 802.

22 April 2016·1969 words·10 mins
colocation general advice hardware hosting linux networking servers
Back in 2011, I decided to try out a new method for hosting my websites and other applications: colocation.

28 August 2015·1032 words·5 mins
fedora kvm networking rackspace raid virtualization
I received some good feedback about my post on systemd-networkd and bonded interfaces on Rackspace’s OnMetal servers, and I decided to write about another use case.

21 August 2015·1319 words·7 mins
centos command line fedora linux networking systemd udev
I talked a bit about systemd’s network device name in my earlier post about systemd-networkd and bonding and I received some questions about how systemd rolls through the possible names of network devices to choose the final name.

21 August 2015·1546 words·8 mins
bonding command line fedora grub2 json networking onmetal python rackspace systemd systemd-networkd udev
I’ve written about systemd-networkd in the past and how easy it can be to set up new network devices and tunnels.

17 July 2015·187 words·1 min
fedora networking
I stumbled upon a strange bug at work one day and found I couldn’t connect to our wireless access points any longer.

Adventures with GRE and IPSec on Mikrotik routers 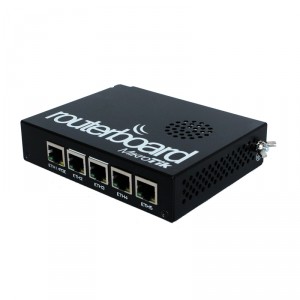 Mikrotik firewalls have been good to me over the years and they work well for multiple purposes. Creating an OpenVPN server on the device can allow you to connect into your local network when you’re on the road or protect your traffic when you’re using untrusted networks.

Although Miktrotik’s implementation isn’t terribly robust (TCP only, client cert auth is wonky), it works quite well for most users. I’ll walk you through the process from importing certificates through testing it out with a client.

17 November 2013·279 words·2 mins
devops general advice networking security
Keeping an eye out for the DevOps Weekly email is something I’ve enjoyed since it started at the end of 2010.

20 September 2013·232 words·2 mins
fedora networking rpm sysadmin yum
If you run bwm-ng and you’ve run a yum upgrade lately on Fedora 19, you have probably seen this:

Changing your ssh server’s port from the default: Is it worth it?

15 May 2013·544 words·3 mins
command line fedora general advice linux network networking red hat security ssh sysadmin virtualization web
Changing my ssh port from the default port (22) has been one of my standard processes for quite some time when I build new servers or virtual machines.

One week with Android

7 September 2012·873 words·5 mins
android apple linux networking
After getting Android-envy at LinuxCon, I decided to push myself out of my comfort zone and ditch my iPhone 4 for a Samsung Galaxy S III.

1 August 2012·196 words·1 min
command line mac networking security
If you install vpnc via MacPorts on OS X, you’ll find that you have no openssl support after it’s built:

Great guide for using traceroute and understanding its results

13 June 2012·237 words·2 mins
fedora general advice linux networking sysadmin
Anyone who has been a system administrator for even a short length of time has probably used traceroute at least once.

Performance and redundancy boost for icanhazip.com

18 April 2012·132 words·1 min
networking web
It’s been a few years since I started a little project to operate a service to return your IPv4 and IPv6 address.

The Kerberos-hater’s guide to installing Kerberos