8 June 2015·485 words·3 mins
fedora pulseaudio
My transition from Fedora 21 to 22 on the ThinkPad X1 Carbon was fairly uneventful even with over 2,400 packages involved in the upgrade.

Xen 4.5 crashes during boot on Fedora 22

8 May 2015·301 words·2 mins
chrome fedora linux twitter
With the last few weeks, I noticed that Tweetdeck’s notifications weren’t showing up in Chrome any longer.

Woot! Eight years of my blog

The spring of 2015 marks eight years of this blog! I’ve learned plenty of tough lessons along the way and I’ve made some changes recently that might be handy for other people. After watching Sasha Laundy’s video from her awesome talk at Pycon 20151, I’m even more energized to share what I’ve learned with other people. (Seriously: Go watch that video or review the slides whether you work in IT or not. It’s worth your time.)

Let’s start from the beginning.

Run virsh and access libvirt as a regular user 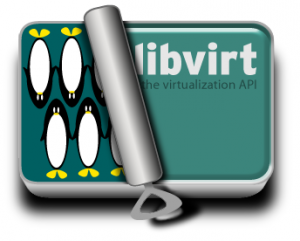 Libvirt is a handy way to manage containers and virtual machines on various systems. On most distributions, you can only access the libvirt daemon via the root user by default. I’d rather use a regular non-root user to access libvirt and limit that access via groups.

Test Fedora 22 at Rackspace with Ansible

24 March 2015·105 words·1 min
ansible fedora rackspace
Fedora 22 will be arriving soon and it’s easy to test on Rackspace’s cloud with my Ansible playbook:

Lessons learned from a kernel bisection

9 February 2015·501 words·3 mins
development fedora git kernel linux
[][1]I’m far from being a kernel developer, but I found myself staring down a [peculiar touchpad problem][2] with my new Dell XPS 13.

Try out LXC with an Ansible playbook

5 December 2014·238 words·2 mins
fedora irc
IRC is my main communication mechanism and I’ve gradually moved from graphical clients, to irssi and then to weechat.

A response to Infoworld’s confusing article about Fedora

19 November 2014·333 words·2 mins
development fedora linux red hat
Working with the Fedora community is something I really enjoy in my spare time and I was baffled by a article I saw in Infoworld earlier last week.

Test Fedora 21 at Rackspace with Ansible

22 August 2014·560 words·3 mins
asus fedora hardware
It’s been quite a while since I built a computer but I decided to give it a try for a new hypervisor/NAS box at home.

13 August 2014·278 words·2 mins
fedora java jenkins redhat yum
Installing Jenkins on Fedora 20 is quite easy thanks to the available Red Hat packages, but I ran into problems when I tried to start Jenkins.

httpry 0.1.8 available for RHEL and CentOS 7

6 August 2014·472 words·3 mins
centos debian fedora network redhat systemd
While using a Dell R720 at work today, we stumbled upon a problem where the predictable network device naming with systemd gave us some unpredictable results.

3 July 2014·163 words·1 min
fedora security selinux
I’ve been working with some Fedora environments in chroots and I ran into a peculiar SELinux AVC denial a short while ago:

22 June 2014·1072 words·6 mins
centos fedora kvm performance red hat xen
After having some interesting discussions last week around KVM and Xen performance improvements over the past years, I decided to do a little research on my own.

Getting Dell’s racadm working in Fedora 20

20 June 2014·311 words·2 mins
dns fedora mail perl postfix selinux spamassassin
I talked about the joys of running my own mail server last week only to find that my mail server was broken yesterday.

Switching to systemd on Debian jessie

20 May 2014·255 words·2 mins
command line debian fedora linux sysadmin systemd
It seems like everyone is embracing systemd these days.

Text missing in chrome on Linux

18 May 2014·245 words·2 mins
fedora red hat selinux
I’m in the process of trying Fedora 20 on my retina MacBook and I ran into a peculiar issue with Chrome.

23 April 2014·130 words·1 min
docker fedora network sysadmin virtualization
Amid all of the Docker buzz at the Red Hat Summit, Project Atomic was launched.

22 April 2014·1291 words·7 mins
centos containers fedora lxc red hat rhel security selinux virtualization
Getting started with LXC is a bit awkward and I’ve assembled this guide for anyone who wants to begin experimenting with LXC containers in Fedora 20.

openssl heartbleed updates for Fedora 19 and 20

8 April 2014·159 words·1 min
fedora security sysadmin yum
The openssl heartbleed bug has made the rounds today and there are two new testing builds or openssl out for Fedora 19 and 20:

Xen hackathon coming up in London

3 November 2013·152 words·1 min
fedora network pxe sysadmin
In my previous post about installing Fedora via PXE, I forgot to mention a big time saver for the installation.

One month using a Linux laptop at work: Back to the Mac

23 September 2013·809 words·4 mins
email fedora linux mac sysadmin
This post has been a bit delayed, but I want to follow up on the post I wrote last month about moving from OS X to Linux at work.

20 September 2013·232 words·2 mins
fedora networking rpm sysadmin yum
If you run bwm-ng and you’ve run a yum upgrade lately on Fedora 19, you have probably seen this:

24 August 2013·248 words·2 mins
fedora thinkpad
The X1 Carbon’s touchpad has been my nemesis in Linux for quite some time because of its high sensitivity.