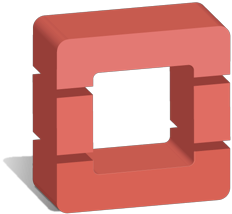 My goal with these posts is to inform more people about what we’re doing in the OpenStack-Ansible community and bring on more contributors to the project.

The OpenStack-Ansible releases are announced on the OpenStack development mailing list. Here are the things you need to know:

The latest Liberty release, 12.2.1, contains lots of updates and fixes. There are plenty of neutron bug fixes included in the release along with upgrade improvements. Deployers also have the option to block all container restarts until they are ready to reboot containers during a maintenance window.

Mitaka is the latest stable release available and the latest version is 13.3.1. This release also brings in a bunch of neutron fixes and several “behind the scenes” fixes for OpenStack-Ansible.

We had a great mid-cycle meeting at the Rackspace headquarters in San Antonio, Texas:

The meeting drew community members from various companies from all over the United States and the United Kingdom. We talked about the improvements we need to make in the remainder of the Newton cycle, including upgrades, documentation improvements, and new roles.

Here is a run-down of the biggest topics:

The new install guide is quickly coming together and it’s much easier to follow for newcomers. There is a big need now for detailed technical reviews to ensure that the new content is clear and accurate!

The decision was made to bump each of the role repositories to Ansible 2.1 to match the integrated repository. It was noted that Ansible 2.2 will bring some performance improvements once it is released.

This is a high priority for the remainder of the Newton cycle. The Xenial gate jobs will be switched to voting and Xenial failures will need to be dealt with before any additional patches will be merged.

The inventory generation process for OpenStack-Ansible is getting more tests and better documentation. Generating inventory is a difficult process to understand, but it is critical for the project’s success.

We got an update on gnocchi/ceilometer and set some plans on how to go forward with the OpenStack services and the data storage challenges that go along with each.

The OpenStack-Ansible tag was fairly quiet on the OpenStack Development mailing list during the time frame of this report, but there were a few threads:

I wrote one about an issue that was really difficult to track down. I had instances coming online with multiple network ports attached when I only asked for one port. It turned out to be a glance issue that caused a problem in nova.

This section covers some of the improvements coming to Newton, the upcoming OpenStack release.

Services were logging to stderr and this caused some log messages to be logged multiple times on the same host. This ate up additional disk space and disk I/O performance. Topic

The xtrabackup utility causes crashes during certain situations when the compact option is used. Reviews

Plenty of work was merged towards improving the installation guide to make it more concise and easy to follow. Topic

The repo servers now act as an apt repository cache, which helps improve the speed of deployments. This also helps with deployers who don’t have an active internet connection in their cloud.

Deployers now have the option to choose if they want packages updated during a deployment or during an upgrade. There are per-role switches as well as a global switch that can be toggled. Topic