The Kerberos-hater’s guide to installing Kerberos 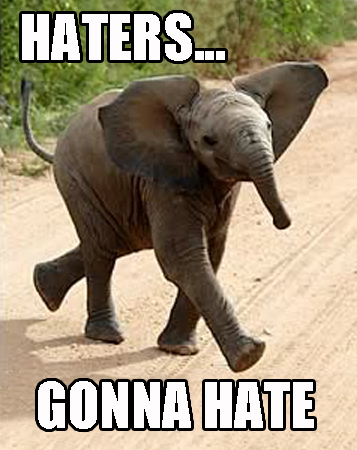 As promised in my earlier post entitled Kerberos for haters, I’ve assembled the simplest possible guide to get Kerberos up an running on two CentOS 5 servers.

Also, I don’t really hate Kerberos. It’s a bit of an inside joke with my coworkers who are studying for some of the RHCA exams at Rackspace. The additional security provided by Kerberos is quite good but the setup involves a lot of small steps. If you miss one of the steps or if you get something done out of order, you may have to scrap the whole setup and start over unless you can make sense of the errors in the log files. A lot of my dislikes for Kerberos comes from the number of steps required in the setup process and the difficulty in tracking down issues when they crop up.

To complete this guide, you’ll need the following:

Here’s how I plan to name my servers:

First off, we will need NIS working to serve up the user information for our client. Install the NIS server components on the KDC server:

Set the NIS domain and set a static port for ypserv to make it easier to firewall off. Edit /etc/sysconfig/network on the KDC server:

Manually set the NIS domain on the KDC server and add it to /etc/yp.conf:

Adjust /var/yp/securenets on the KDC server for additional security:

Start the NIS server and generate the NIS maps:

I usually like to prepare my iptables rules ahead of time so I ensure that it doesn’t derail me later on. Paste this into the KDC’s terminal:

We need our time in sync for Kerberos to work properly. Install NTP on both nodes, start it, and ensure it comes up at boot time:

Now we’re ready to set up Kerberos. Start by installing some packages on the KDC:

We will need to make some edits to /etc/krb5.conf on the KDC to set up our KDC realm. Ensure that the default_realm is set:

Add validate = true within the pam { } block of the [appdefaults] section:

Adjust /var/kerberos/krb5kdc/kdc.conf on the KDC:

There’s one last configuration file to edit on the KDC! Ensure that /var/kerberos/krb5kdc/kadm5.acl looks like this:

We’re now ready to make a KDC database to hold our sensitive Kerberos data. Create the database and set a good password which you can remember. This command also stashes your password on the KDC so you don’t have to enter it each time you start the KDC:

On the KDC, create a principal for the admin user as well as user1 (which we’ll create shortly). Also, export the admin details to the kadmind key tab. You’ll get some extra output after each one of these commands but I’ve snipped it to reduce the length of the post.

Now that the administration work is done, let’s create a principal for our KDC server and stick it in it’s keytab:

Transfer your /etc/krb5.conf from the KDC server to the client. Hop onto the client server, install the Kerberos client package and add some host principals:

There aren’t any daemons on the client side, so the configuration is pretty much wrapped up there for Kerberos. However, we now need to tell both servers to use Kerberos for auth and your client servers needs to use NIS to get user data.

Got NIS problems? If the NIS connection stalls on the client, ensure that you have the iptables rules present on the KDC that we added near the beginning of this guide. Also, if you forgot to add both hosts to both servers’ /etc/hosts, go do that now.

Let’s make our test user on the KDC. Don’t add this user to the client — we’ll get the user information via NIS and authenticate via Kerberos shortly. We’ll also rebuild our NIS maps after adding the user:

On the client, see if you can get the password hash for the user1 account via NIS:

You can see why NIS isn’t a good way to authenticate users. Someone could easily pull the hash for any account and brute force the hash on their own server. Go back to the KDC and lock out the user account:

Go back to the client and try to pull the password hash now:

On the plus side, the user’s password hash is now gone. On the negative side, you’ve just prevented this user from logging in locally or via NIS. Don’t worry, the user can log in via Kerberos now. Let’s prepare a home directory on the client for the user:

Note: In a real-world scenario, you’d probably want to export this user’s home directory via NFS so they didn’t get a different home directory on every server.

While you’re still on the client, try to log into the client via the user. Use the password that you used when you created the user1 principal on the KDC.

List your Kerberos tickets and you should see one for your user principal:

Your KDC should have a couple of lines in its /var/log/krb5kdc.log showing the authentication:

From here, the sky’s the limit. Another popular implementation of Kerberos is encrypted NFSv4. You can even go crazy and use Kerberos with apache.

Let me know if you have any questions about this post or if you spot any errors. With this many steps, there’s bound to be a typo or two in this guide. Keep in mind that there are some obvious spots for network-level and service-level security improvements. This guide was intended to give you the basics and it doesn’t cover all of the security implications involved with a Kerberos implementation.